Are you a home brewer or just looking to add value to that immense piece of property? Look no further. We’ve compiled a short list of plant materials that are sure to please a variety of landowners and fermentation enthusiasts. As a bonus, we’ve included commercial examples, available in the current market, that utilize the harvests of these plants. Prost!

Hops – (Cascade, Centennial, Chinook Varieties) Of course! Hops are one of the 4 main ingredients in the production of beer, along with water, yeast, and barley. It’s important to note that not every hop variety will do as well as others. Cascade, Centennial, and Chinook are among the most popular and easiest to grow varieties in America. In my garden and under exacting conditions, I grew Cascade and Magnum. In year one, the Cascade plant yielded 7 ounces, while the Magnum variety didn’t yield any. In addition, the Magnum seemed less able to handle pests and disease. By year two, the Cascade yielded 21 ounces, while the Magnum yielded yet another disappointing harvest. Although New England is no longer known as a juggernaut for hop production, that doesn’t mean its history of the topic is lacking. In the mid-1800’s, Vermont was the second leading hop producing state in the nation! Young entrepreneurs with knowledge of this history have jumped on the opportunity to take advantage of the beer revolution in America and many small hop farms have popped up all over New England and upstate New York. An important factor to consider when planting hops is that in order to reach their full potential they’ll need plenty of both sunlight and space to flourish. In the Willamette and Yakima valleys of the northeastern U.S. commercial hops are grown on telephone like structures and can reach 30-40 feet in favorable conditions. Because this plant is a perennial vine-grower, you’ll also need to consider maintenance once the season is over. You really don’t want the ragged look you’ll get from neglecting to cut back the hop vines once harvest is complete. Examples: Sierra Nevada Pale Ale (Cascade), Founder’s Centennial (Centennial), Stone Arrogant Bastard (Chinook)

How will I brew a beer with a spruce tree? Spruce is just one of many examples of the ingenuity of the home brewer’s spirit. In the Spring of 2011, Tom Graham of Harpoon Brewery, with the permission of Vermont State Parks, created a beer from the spruce tips from a stand of Norway Spruce in the Downer State Forest in Sharon, Vermont. Soon after, you began to see many other breweries following suit. Spruce tips are exactly what they sound like-the tips of a spruce branch. Spruce tips are the new growth a tree puts on at the beginning of each Spring season. Simply put, they impart citrus, piney, and spice-like flavors commonly sought after in several hop varieties. Norway Spruce are highly sought after landscape material due to their ability to screen a large area in a reduced amount of time, not to mention their arching habit. Examples: Lawson’s Finest Liquids Vermont Spruce IPA, Rock Art Spruce Tip Stout, Foley Brothers Spruce Session

Harvesting the ingredients you’ll need to produce a beer from that of the majestic Sugar Maple won’t be quite as easy as the Spruce. Although it may seem obvious that you would use the maple syrup that results from the boiling of the collected sap, some brewers forgo the sap boiling process, using only the sap. Sugar Maple is often overlooked due to the many offerings and availability of the Red Maple in the marketplace. However, the Sugar Maple lends similar characteristics including a dense canopy, fast growth, and overall toughness. Examples: 14th Star Maple Breakfast Stout, Lawson’s Maple Trippel, Founder’s Curmudgeon’s Better Half

No matter how many horror stories you’ve heard about beers with blueberries, there are commercial examples out there that are worth a try. The challenge brewers seem to have is how they avoid potential tart nuances and even the amount needed in order to produce a palatable beverage. My personal experience and success with brewing with blueberries involves adding other interesting flavors to complement, such as ginger. Also, why not work with nature instead of trying to overcome it? Why not embrace potential tart flavors by brewing a beer that is expected to be a little tart such as a sour ale or saison? Another major factor to consider is the type of blueberry you plant/use. In general, the highbush will not produce as sweet of a product as the lowbush, so plan your brew accordingly. Blueberries are pretty tough and adaptable, so don’t worry. Give them the sun they need and watch them flourish! Just be sure to get there before the birds do. Examples: Shipyard Smashed, Blue Point Blueberry Ale

Most likely, sweet gale will not show up on any other list when it comes to landscaping for beer production. Most aren’t aware of what sweet gale is much less its rich lineage in the production of fermentation. Also known as Bog Myrtle, Sweet Gale is most often used in beer production where hops are not. Beer that does not use hops are known as gruit and because Sweet Gale provides preservative capabilities as well as lending unique flavors, its place in the world of gruit is unmatched. Recipes dating back to the 11th century detail the use of sweet gale in making world-class gruit. As the name Bog Myrtle implies, Sweet Gale can be found or grown in low-lying lands high in acidity. When given these conditions, Sweet Gale needs very little attention to thrive. Just let it be. Examples: Earth Eagle Brewings Galethorn 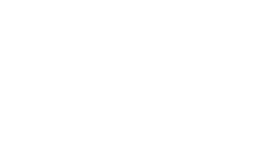